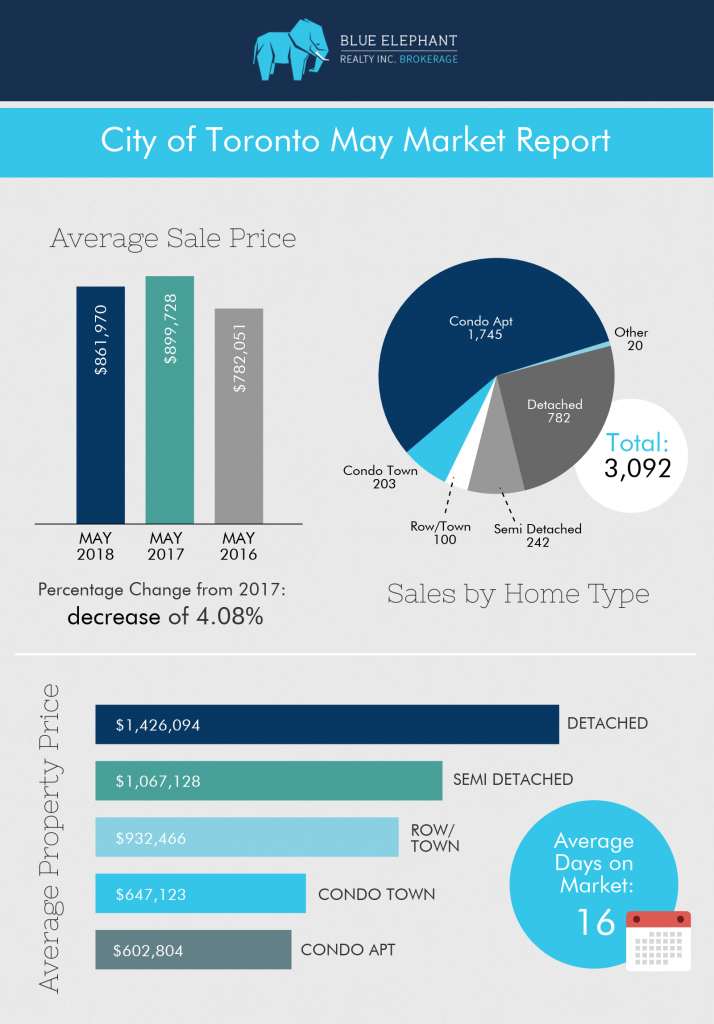 Greater Toronto Area REALTORS® reported 7,834 sales through TREB’s MLS® System in May 2018. This result was down by 22.2 per cent compared to May 2017. While the number of sales was down year-over-year, the annual rate of decline was less than reported in February, March and April, when sales were down by more than 30 per cent. On a month-over-month basis, seasonally adjusted May sales were basically flat compared to April. Supply of homes available for sale continued to be an issue. New listings were down by 26.2 per cent. The fact that new listings were down by more than sales in comparison to last year means that competition increased between buyers. Recent polling conducted by Ipsos for TREB suggests that listing intentions are down markedly since the fall.