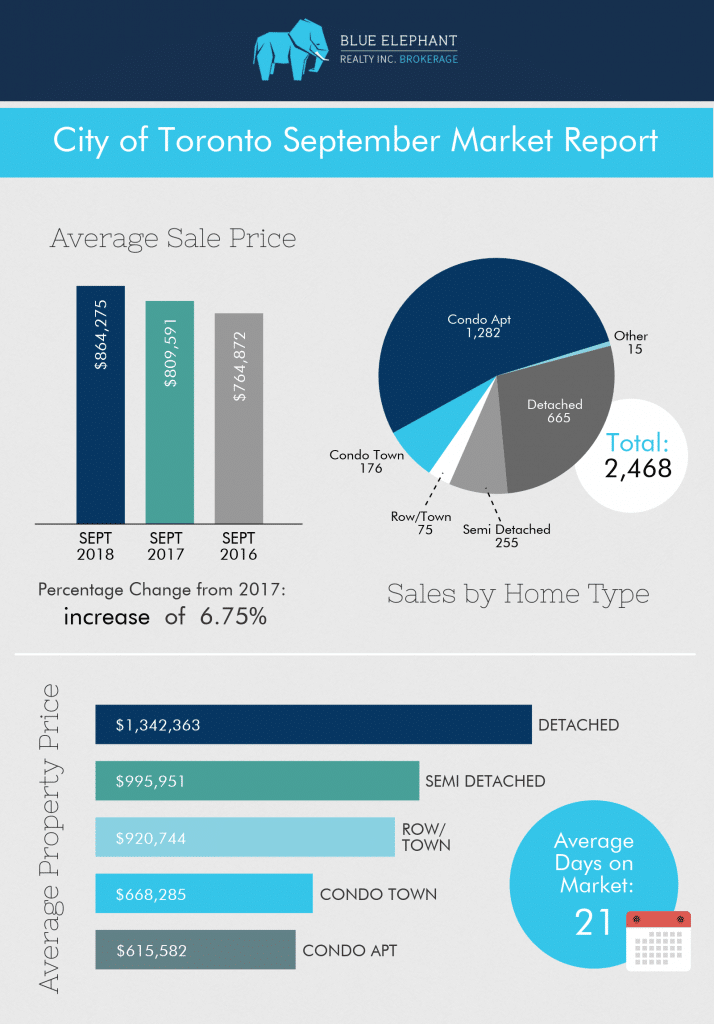 Toronto Real Estate Board President Garry Bhaura
announced that Greater Toronto Area REALTORS® reported 6,455 sales through TREB’s MLS®
System in September 2018 – up 1.9 per cent compared to September 2017. The average selling
price for September 2018 sales was up by 2.9 per cent over the same period to $796,786. The
MLS® HPI composite benchmark price was up by two per cent year-over-year.

New listings entered into TREB’s MLS® System in September 2018 amounted to 15,920 – down by
3.1 per cent compared to September 2017. With sales up year-over-year and new listings down,
market conditions became tighter. Many buyers may have found it more difficult to find a home
meeting their needs